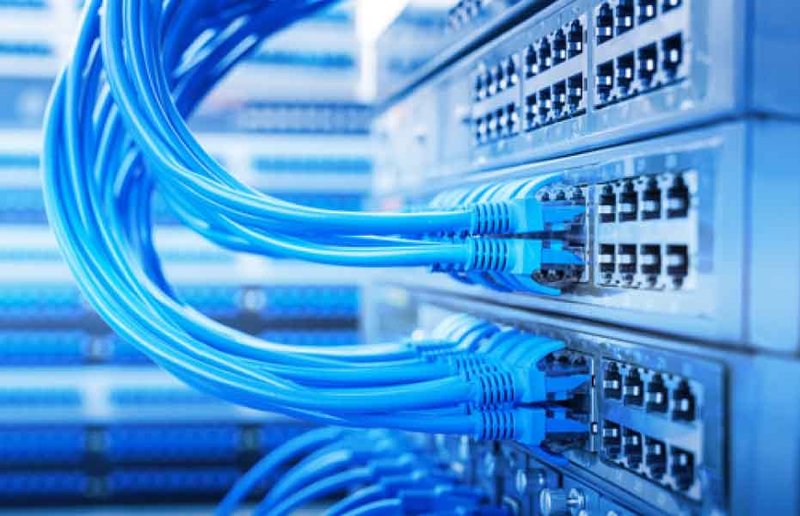 Over the 20 plus years I’ve led technology companies, I’ve seen a lot of changes in the industry. Processors and storage continue to get better and cheaper, and the explosion of cloud services is changing the role of the data center. Commodified data center resources are being asked to do more and more demanding jobs, but the underlying, foundational technology of network infrastructure has changed comparatively little since the early days of the Internet.

The shortcomings of this outdated technology have been propped up by an industry that unfortunately is structurally prone to limiting innovation. With this lagging innovation, the seeds of massive scalability problems in the near future are already sown. To solve this problem, the industry needs a radical re-imagining of the operating system for modern network infrastructure.

One of the major reasons networking is so behind is that the industry is dominated by a small number of vertically integrated box vendors. The lack of choice this situation engenders keeps prices high and innovation low. As a result, end users are left with little choice and limited control of their networking infrastructure.

History has repeatedly shown that large industries tend to transition from vertical integration to horizontal segmentation. A great example of this can be seen in the server and compute tiers:  Intel has done this for CPUs, Linux for server OS, and Facebook for massively scalable distributed computing applications for the user space. This has happened with the white box commodification of storage as well: mainframes have given way en masse to Linux boxes.

The problem clearly lies within these structural features of the industry, and not with the hardware itself. In fact, there has been an explosion of next-generation networking silicon and rapid innovation that now forms a foundation on which a new level of performance can be delivered—but only with the right approach.

It’s all in the transition

The reason the industry has not been able to take maximum advantage of these hardware advances is that it has failed to make the critical transition from vertically to horizontally segmented solutions.

Arrcus was founded with the goal of liberating organizations from this reliance on proprietary hardware. Arrcus has created a world-class network software solution that allows companies to transform the way they manage their networks, freeing them from vertically integrated solutions and opening the door to horizontally diversified choices of silicon and systems.

The ArcOS networking operating system was purpose-built from the ground up using a modular micro services paradigm, L3 routing capabilities, and an open and standards based autonomous platform. This combination of features delivers a solution that is agile, elastic and cognitive. ArcOS is a software-driven, hardware agnostic networking operating system that allows organizations to adapt to the demands of today’s computing environment by building massively scalable infrastructure across physical, virtual and cloud network environments. ArcOS is able to do this while also delivering superior performance, security, and network flexibility.

At Arrcus, we believe firmly in the role of partnerships in mutual success and so have built, into ArcOS, an extensible ecosystem API-based framework that allows for easy integration into existing toolchains and management systems. We believe this feature set is the right recipe for disrupting the vertically-integrated solutions that have left networking behind the innovation curve. In fact, we believe Arrcus has the potential to disrupt the networking market as profoundly as Microsoft disrupted the PC market.

Those who join Arrcus will be at the forefront of this next wave of innovation—and we invite you to join us.

Devesh Garg is a seasoned technology executive with global entrepreneurial, strategic, and operational experience in early stage start-ups as well as private and public market leaders.

A calculated risk taker, Devesh has been at the forefront of several technology and business market inflections including the EDA industry, digitization of broadband communications, multi-core processing, and the emerging markets of Asia.  He is a passionate builder of teams, businesses, and world-class companies.

Most recently he served as President of EZchip (NASDAQ:EZCH) which was acquired by Mellanox (NASDAQ:MLNX).  Prior to that, he was the founding CEO of Tilera Corporation—the pioneer in high core count multi-processors (acquired by EZchip).

In 2007, Devesh moved to Mumbai, India where he served as the Managing Director for Bessemer Venture Partners and its $385M private equity fund.  While at Bessemer, Devesh was the investor/partner who sourced the investment in PA Semi (acquired by Apple) for their in-house microprocessor development.

Devesh was an early pre-IPO employee (~#50) of Broadcom (NASDAQ:BRCM) where he built a team and ~$500M annual business within 3 years.  In his last role at Broadcom, he served as the General Manager of the Security Line of Business.  During his 7-year tenure, Broadcom reached a peak market capitalization of $72B and completed 22 acquisitions.  He also was an early pre-IPO employee at Synopsys and early at LSI Logic.

Devesh has an MBA from Santa Clara University and a BS in Electrical Engineering from San Jose State University.

A sports enthusiast and avid adventure traveler, Devesh has trekked to base camp at Mt. Everest and with his family has explored over 40 countries and countless cities.